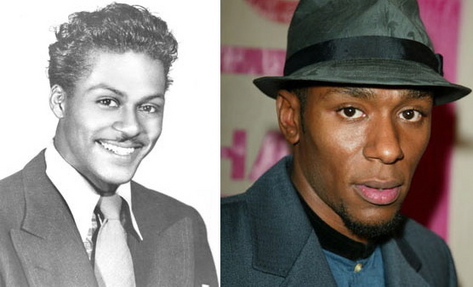 Cadillac Records, the upcoming movie about famed Chess Records, will be adding another modern-day musician to portray another legendary artist on its roster. Many side eyes were a-twiching after news was announced that Beyoncé would be playing Etta James, and Miss Etta even had her say about it. But now it has been revealed that Mos Def has been slated to fill the shoes of Chuck Berry. My side eye relaxed a bit after noting some similarities between the two in appearance. Luckily, Mos has no statutory rape cases or else the similarities would be a little to unsettling. Additionally, master thespian and undervalued actor Jeffrey Wright will be portraying the role of Muddy Waters. Now, this movie sounds much more probable to be viewed in theatres than the Notorious B.I.G. straight-to-DVD biography.