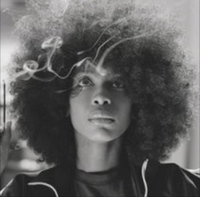 I'm not sure what the fascination is with remixing Erykah Badu's "Honey," but producers have been having a field day with it lately. It has been "interesting" to listen to some of the reinterpretations of the first single from Ms. Badu's New Amerykah Part One. This latest remix is courtesy of AEON, a producer hailing from Philadelphia, who has remixed tracks for Amerie and Tanya Morgan, has flipped this beat into something reminiscent of a sound Erykah was cultivating when Baduizm first dropped in 1998. I don't know about y'all, but this track is just dripping with the sexiness and fun of a lazy Saturday afternoon with your crush in the park. I'm also feeling this version more than the original which didn't grow on me until the spectacular video was released. But that's just my opinion.

By the way, can anyone guess the original sample used for this track?
Erykah Badu: "Honey (AEON Remix)"

TAGS:  aeon, amerie, audio, erykah badu, tanya morgan
Previous: The Life and Times of Faith Evans Next: Bobby Vs. Ray J? Not Even A ‘Little’ Bit