Karina Pasian May Be A Soul Star In The Making 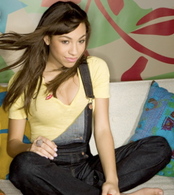 With today's musical climate focused not only on finding the next new hot young thang, many are quick to label someone as stellar and worthy of praise off the strength of a mediocre single at best. Teyana Taylor's "Google Me" comes to mind. It's kind of exciting to witness the growth of someone who does possess more than a smidgen of talent and whose charisma outshines any melisma they may attempt to "bless" the track with. When I came across Karina Pasian's music recently, it struck me as something that I would have easily bumped as a teenager, and let's remember that the music many of us grew up with was on average very good, one-hit-wonders (MC Brains) aside. Karina has been recently signed to Def Jam after having the choices of Interscope, Bad Boy, and Def Jam at her disposal. The singer/pianist is classically trained, and her voice is a reminiscent of one of my favorite underrated singers, Mona Lisa, so in other words her voice is mature. Her newest single "16 At War" recently entered the Billboard chart, and sounds a bit like Will Smith's rhymes about parents just not understanding, but from an enlightened round-the-way girl's point-of-view. With a godfather like Quincy Jones and collaborators such as Ne-Yo and John Legend, her June release will definitely be heard on urban radio. Here's to her songs providing a respite to the head-splitting garbage currently pilfering the airwaves.
Karina Pasian: "16 @ War"

Video of Karina joking around and doing a rather nice "Ribbon In The Sky" after the bounce.
Karina Pasian [Official]/[MySpace] 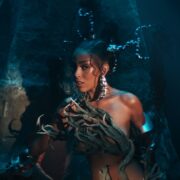