Al Green & John Legend Beg For You To ‘Stay With Me’ 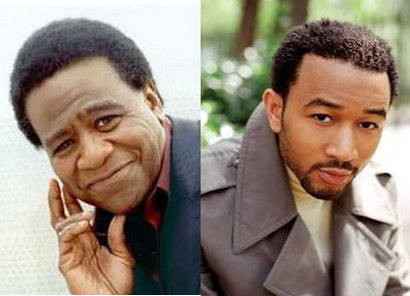 You know how slow jams are often described as "silky and smooth," especially when they are being introduced on a late night Quiet Storm-type program. The problem is that I can't think of one song released in the past decade for with "silky" or "smooth" would be fitting. Which is why "Stay With Me (By The Sea)" from Al Green's forthcoming Lay It Down featuring John Legend, is just so refreshing. Not only have Questlove and James Poyser captured the quintessential Al Green sound without making it sound too updated or too staid (unlike his 2003 release I Can't Stop), but Al Green sounds as though he is still rocking gold lame jumpsuits and numerous gold chains. I really could go on and on about this song, but decide for yourself. It is simply that beautiful (pun intended).

Al Green feat. John Legend: "Stay With Me (By The Sea)"