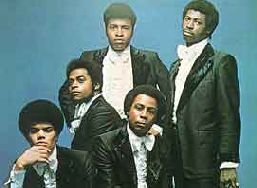 It's pure coincidence that Harold Melvin & the Blue Notes' "If You Don't Know Me by Now" appears on the countdown on Memorial Day. Promise. But the fact that both the song and the holiday encourage, no, implore you to remember, is symmetrical bliss. The song, written in 1972, was the first single from the self-titled album from the group on the Philadelphia International label, and proved to be their first hit, reaching number one on the Billboard Top 100 and number three on the pop charts. The strings that open the song let you know that it's another Kenny Gamble & Leon Huff masterpiece, with the duo giving Teddy Pendergrass the full spotlight as he openly begs his woman for understanding. You can just picture him on his knees by the end of the song as he growls, "Ten long years!" Sure, the song's been remade, most notably by the British pop group Simply Red, but still Harold and the boys got this one on lock. In fact, in their hands, this song is rhythm and blues at its best. So on this Memorial Day, after taking a moment to reflect on those who've given everything they had for our freedom, make sure you take three minutes and twenty-nine seconds to grab up the one you love, and give them everything you have as you slow dance to this classic.

Harold Melvin & The Blue Notes: "If You Don't Know Me By Now"