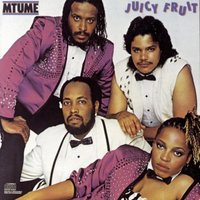 By the 1980s, subtlety in soul music had gone the way of the dinosaur. Artists like Prince and Rick James pushed the envelope and people's buttons with their explicit lyrics and antics, but there were other artists who tested the boundaries without totally going there. One group who sang one of the best examples of this is Mtume with their hit "Juicy Fruit." With its instantly recognizable bass line, this song is arguably one of the best displays of saying it without saying it. Perhaps it was all the references to candy in the track, but everyone knew what Tawatha Agee and James Mtume were singing about in the song named after a stick of gum. Only once did the lyrics really raise an eyebrow when Tawatha sang "I'll be your lollipop, you can lick me
everywhere," which was later amended to say "I'll be your lollipop, candy kisses everywhere." Otherwise "Juicy Fruit" was a sexy confection that will go down in history for its sweet wordplay. This song went on to be famously sampled by the Notorious B.I.G. for his hit "Juicy" and the beat has most recently been recycled by Keyshia Cole for "Let It Go," but its the tasty original that can still satisfy your craving for soul. 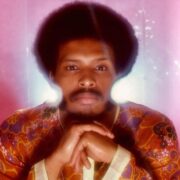