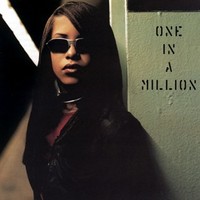 Hooking up with Timbaland was easily the smartest move Aaliyah Dana Haughton ever made. If Age Ain't Nuthin' but A Number was for the Jeeps, then One in A Million was for the Ninjas. "If Your Girl Only Knew" was a reintroduction to the girl we remembered as having a very special relationship with R. Kelly, but the title track from her second LP gave us something a bit more aggressive, sexy and unique. The beat alone was a clear sign Aaliyah had something out of this world up her sleeve, and when paired with Missy Elliott's simple yet effective songwriting, the trinity paved the way for relentless biting the better part of the late '90s and early 2000s. Shockingly, "One in A Million" would not rise as high on the charts as the single the preceded it, but anyone reading this can attest to its dopeness and overall superiority.