#76: Stephanie Mills ‘I Have Learned to Respect the Power of Love’ 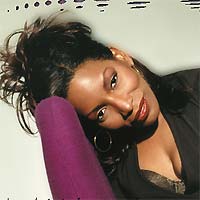 Most people that have heard Brooklyn-born Stephanie Mills sing respect the fact that she is a professional soul singer. Her resume demands as much. Let's peek, shall we? She got started in show business at the tender age of nine when she appeared in her first play. At age 11, she was a six-time winner on Amatuer Night at the Apollo Theater. After signing with Motown Records and her music not making a splash, she signed up to star on Broadway as Dorothy in The Wiz, making the song "Home" her personal anthem for the ages. That stint on the Great White Way proved to jumpstart her recording career, as Mills scored major hits with 1979's "What Cha Gonna Do With My Lovin'" and 1980's "Sweet Sensation," reaching as high as #3 on the Billboard R&B charts with the latter.

However, it wasn't until 1986 when she recorded "I've Learned to Respect the Power of Love" that the diminutive diva with the powerhouse pipes finally scored her first #1 on the Billboard charts. It was the second single from her self-titled album, and while it's true that the talented team of Angela Winbush and Rene Moore (better known as Rene & Angela) wrote the song, Stephanie straight owned it!  I dare you not to have respect for love's power after listening to Stephanie grab the bridge of the song with her bare hands and wrestle it to submission. It's turned into her signature song at concerts, and if you haven't heard it live, please do. Quickly. That experience will most likely leave you wanting more while also deepening your respect for the professional soul singer that is Ms. Mills.

Stephanie Mills: "I Have Learned to Respect the Power of Love"