About That J-Hud T-Pain Collabo… 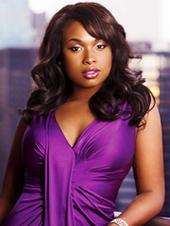 A while back we linked out to an MTV story about Jennifer Hudson recording a duet with reigning Queen of Urban Radio, T-Pain. Since then, we've heard a track or two of Hudson's output, and got more news regarding her upcoming album. Also, Jennifer Hudson co-stars in Sex and the City, which opens this weekend, so we're pretty much full speed ahead on the J-Hud Newstracking Train.

September was the last time we heard anything about the T-Pain collab, blessed be. Sometimes, during the course of an album's anticipation, collaborators spill about the output not at the behest of the label, or even the actual artist. This is usually to validate themselves, to demonstrate that they are indeed working and contributing to numerous and varied projects. This is almost always the case for female vocalists, who'd rather let their work speak for itself, rather than hyping the project at every turn as a Hip Hop artist or producer would. T-Pain was very forthcoming as he over-shared the details of the duet, right down to the lyrics. Hudson herself more or less confirmed that the duet would appear on the finished album, after asserting that guest spots were few.

"It's mainly just me. It's a solo album. I did do a duet with T-Pain, and that's probably the only one. But I would still love to do something with others, but hopefully there's always room for other albums."

Hudson is already known for saying she doesn't plan to dip her toe too deep into the Hip Hop kiddie pool. Assuming everyone isn't tired of T-Pain by the time her album drops, she could have a hit on her hands. And, if that hit is enough to get people to support her project, perhaps she'll skirt the temptation of joining forces with the usual suspects next time around. A boy can dream, can't he?