Boney James: ‘Syesha Mercado is the Best Thing Next to Faith Evans’ 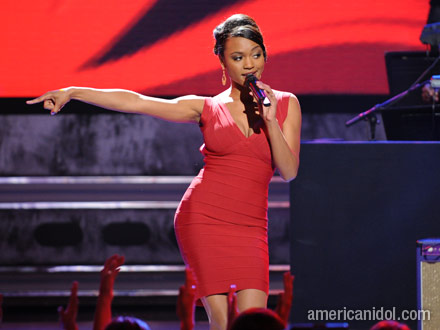 I do not watch American Idol, mainly because it's corny, stunty, and reprehensible. I think I'm all the better for it, though I'll admit I voted for Ruben like this many times back in the day because he seemed like a real-life person to me. Yet here we are. That said, I usually take a bit of interest when a contender of color makes the Top 3. Syesha Mercado is one such young lady. She didn't garner enough votes to participate in the final showdown because her name isn't David, obvs. But! She's recorded before, with none other than Boney James. Turns out, in 2006, Syesha did a version of the Rahsaan Patterson-assisted "Gonna Get It" for his Shine album, when it almost looked like Faith Evans wouldn't be loaned out by her label. Faith's version ended up happening, but when Syesha landed in AI's Top 3 last week, Boney released her version of the song and we have it below.

Syesha has described herself as "a black Christina Aguilera or Alicia Keys." Boney says she's the next best thing to Faith. That's quite an impressive imaginary pedigree. I'll submit neither, but she's not bad.