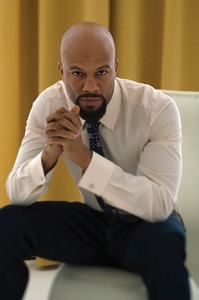 It's official. As hinted earlier, Kanye West will not be involved (musically, at least) in the production of Common's forthcoming Invincible Summer. Yeezy is a busy man, what with that tour and all, so the ever-reliable Neptunes and Mr. DJ are taking the reigns this time around. According to Billboard, the new album features "techno-inspired drums", "spongy futuristic chords" and "fuzzy kazoos." Why yes, this totally falls in line with Common's threats promises to serve up more party-inspired tracks this go-round. I had no idea he meant this.

The last time Common went left, we got Electric Circus, a fine effort in hindsight, but an album that people were either ambivalent or uncomfortable about at the time. It took the hard thump of "The Corner" to bring everyone back around again. But this could be a good look. Artists need to keep it moving, and Kanye, for all his merits and effort, will never be able to capture the chemistry Common had with Dilla. No one will. Why not branch out? There's nothing to lose.