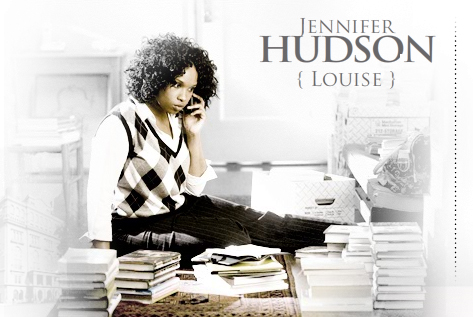 If you watched HBO's Sex and the City for any length of time, then you probably didn't think black women lived in New York! Sarah Jessica Parker, on behalf of director Michael Patrick King, offers that a large part of SATC's audience is black women, and they needed to be represented for the film. This is partly how Jennifer Hudson won the role as Weezy "Louise." Parker says, "African-American women and women of color have been a big part of our audience for a long time (and) we really haven't been responsible to them." Especially when Miranda was fooling around with Blair Underwood. I'm only sayin'.

This should all be a relief to Kelly Rowland, who also auditioned for the role. Of note, Beyoncé once tried out for the role of "Effie" in Dreamgirls and also lost to Hudson (only to land a smaller, yet bitchier role). This all points to what some people are branding "The Jennifer Hudson Curse," a phenomenon that affects members of Destiny's Child any time they audition for a film. "I can't understand it because I did a really good job at the audition, a really good job!" Rowland says. "I hate it, and of course I feel that I should have the part, but then Jennifer Hudson's just won an Oscar, so maybe she's better for the role. But I was so bummed at that, I really wanted it."

I won't say that Jennifer Hudson gets these roles because she can act. But that's what I'm sayin'.