Sample-Slam: Who ‘Chose’ to Do Willie Hutch Justice? 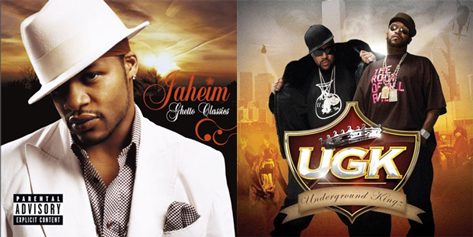 For the uninitiated, a "Sample Slam" is a BOTB in which we match two tracks that sampled the same classic. Previous entries saw Nas and SWV duke it out over Michael Jackson's "Human Nature" and Mary J. and Janet over James Brown. Today, we're invoking the Willie Hutch classic "I Choose You" and the contenders are Jaheim and UGK.

Easily the best track from the 2006 release Ghetto Classics, Jaheim's "The Chosen One" has "single" written all over it. It would've been a better look than the Jadakiss track, given how Jaheim's appeal wears thinner and thinner with each release. "The Chosen One" had the instant recognizability due to the sample. This was right under his nose and the label completely missed the boat. UGK's "Int'l Player's Anthem" had the Internet going bananas when it was released, due to its playful, star-studded video and the Outkast cameo, which is never a bad idea. This came out a year after Jaheim's album and UGK was able to ride the wave of Willie's melody. It was just brilliant, especially because of the original's recent (at the time) connection to Hustle & Flow. Pimps up!

Jaheim: "The Chosen One"