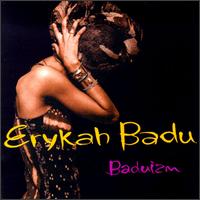 "Next Lifetime" has always conjured up pleasant memories for me. This is mostly because, maybe I too went through a headwrap phase when she exploded on the scene in 1997. Or maybe it's because I was in a bit of a love triangle of my own when this song was released. And I know I'm not the only one. When Erykah Badu released this song, it was already a favorite of many of her fans. This may have been why she knew she had to come with it when it came to the video representation of this song whereby Erykah apologizes to a potential lover because her heart had already been claimed by someone else. Sure, the ladies were loving that all the slept on cuties were featured in the video, including Method Man, Pete Rock, and her boo at the time, Andre (pre) 3000. But even more beautiful about the video was that Erykah's vision of seeing her rejected lover during her future lifetimes was somehow comforting to anyone who's ever been in that situation. Aside from the video, the song itself was so simple yet so heartbreaking at the same because what is a girl supposed to do when she's somebody else's girl? My guess is that you hold your current boo down, and dream of a future time when you can share your love with another.