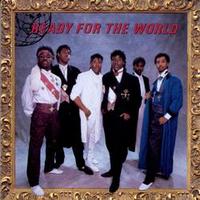 Ready for the World was a group that was before its time. Sure, their Jheri curls, outfits and funked-up R&B grooves screamed 1980s. However, it was a cut from their second long-player, Long Time Coming, that shows that they were ahead of the curve. On "Love You Down," lead singer Melvin Riley sang an ode to Cougars before we they even had a name. (Well, older women relating to younger men were called other, not-so-nice things, but I won't list them here.) The musical quintet from Flint, Michigan stepped all the way out there with "Love You Down," a song about a once-taboo type of May-December romance. When Melvin started the song with the lyric "It never really mattered too much for me, that you were just too damned old for me," you knew that he meant serious business. And later when he sang "Let me love you down, even if it takes all night" in the chorus, business gave way to copious amounts of pleasure. The song is rather tame by today's standards, but it just oozes sex. Melvin's promise to love you long time aside, the instrumentation is what takes this song from quaint slow jam to bedroom banger. The radio edit (also heard in the video) is cool, but the extended album version, with its longer bridge and Melvin's ad libs toward the end, prolongs the loving. No Viagra necessary.

Ready for the World: "Love You Down"

TAGS:  audio, melvin riley, ready for the world
Previous: Go Behind The Scenes With Dwele Next: Morning Soul: Don’t Be A Dumb Dummy