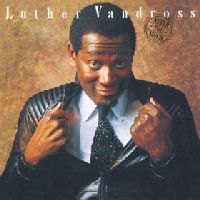 We've covered this before. Whenever Luther Vandross blesses a remake, it becomes his ("Always and Forever" notwithstanding). However, when Luther chose to remake "A House is Not a Home" in 1981 for his debut album, Never Too Much, it was more personal than any cover he'd ever do. Why? Because it was a tribute to his idol and the reason he pursued music as a career, Dionne Warwick, who was the originator. Her version of "House," composed in 1964 by the award-winning writing team of Burt Bacharach and Hal David, was a moderate hit stateside, peaking at #71 on the Billboard pop singles chart as the B-side to the track "You'll Never Get to Heaven (If You Break My Heart)." It did better in Canada, where it was a Top 40 hit, rising to #37. In all, the song has been covered at least seven times, by artists as diverse as Dusty Springfield and Barbra Streisand. It's Luther's that we'll always remember, however, with his version becoming a soul anthem of sorts. And yes, we know that it could've (maybe even should've) ranked higher on the countdown, but I ask you to look at it this way: if it were, you wouldn't be able to enjoy it on this hot, hazy not-yet-summer evening. Agreed? So sit back, kick off your shoes, and peep the video below. Yup, it's the one with Luther bringing his idol to tears as he serenades her at the 1988 NAACP Image Awards. It doesn't get much better than this. Enjoy. And stay cool.