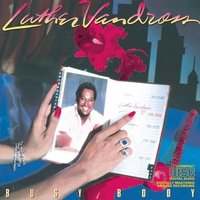 Today's Top 100 entry should come with a disclaimer directed at anyone unfortunate enough to have their songs remade, reinterpreted or even referenced by the late, great Luther Vandross: To all of you, I'm sorry, but Luther owns your material. That's just the way it is. One such victim of Vandross circumstance is the musical group The Carpenters, who released their version of the song "Superstar" in September 1971 and enjoyed gold status. Their release came after the originators of the song, Delaney and Bonnie, released it as a B-side track in 1969 as a ditty detailing the longing desires of a rock superstar's groupie, who yearns for a reconnection after a brief sexual tryst. Presented from a female perspective, it became an anthem of sorts for women who were "bedded" and then "deaded" by rockers who swept through town. Yup, that's what was hot back in the early '70s.

All of that became irrelevant once Luther got his hands on it, however, with the song being delivered from a male perspective for the first time. It became a staple at his live shows, not to mention a crowd favorite. His vocal stylings changed the song's dynamics, transforming it from a stunted tale about groupie love into a ballad of universal longing. In fact, once it was released as a single from his 1983 Busy Body album, it became a huge R&B hit, reaching #5 on the Billboard Top R&B Singles chart. Sure, there are other versions, with American Idol winner Ruben Studdard coming the closest to the Vandross level, but as the disclaimer states, Luther owns it. Now go click play on the video for a live, master class. Enjoy.


TAGS:  delaney and bonnie, luther vandross, ruben studdard", the carpenters
Previous: Behind the Groove with Lalah Hathaway Next: Morning Soul: Ain’t No Mountain