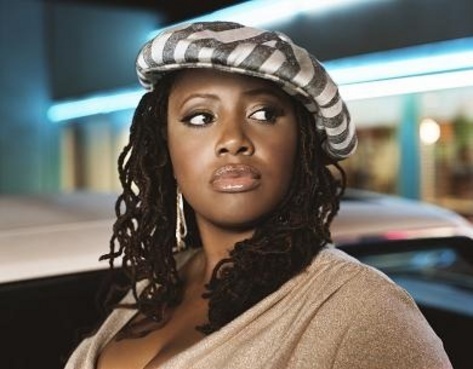 The name Lalah Hathaway is synonymous with good music. Bursting onto the music scene in 1990 with her self-titled debut album, 18 years later she is still here and stronger than ever. Whether she's singing soul or jazz, originals or covers, live or on wax, Lalah continues to prove that she is one of the best female vocalists to ever pick up a microphone.

Nowhere is this better heard than on her newly-released album, Self Portrait. Showcasing her signature thick-as-honey vocals, this is her most personal work to date. With no remakes or abundance of guest artists, the disc is 100% Lalah and it will surely satisfy her audience and gain her new listeners.

I had the honor of speaking with Lalah recently, and she was such a delight to talk to. We laughed (OK, I did most of the laughing) and touched on a variety of topics including what inspired her to make Self Portrait, the gadgets and the games that she's into, her new home at Stax Records and choosing not to live in her father's shadow but to live in his light. Get a little closer to Lalah.

Music from Self Portrait played during the interview: "Let Go" and "UDO.