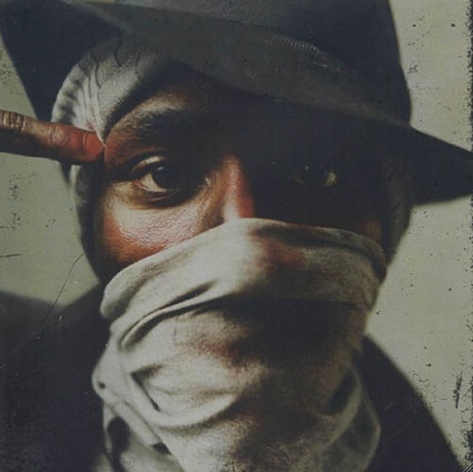 John McWhorter, by my best approximation, is an idiot. I know that this is quite a generalization since I have never met the guy, but his recent claim that conscious hip hop is a "fallacy" that is leading its listeners to a future of apolitical thought is an extravagant stretch to say the least. McWhorter, a conservative political columnist and linguist (this will become important later), has decided that by comparing British urban planning to conscious hip hop (?) and by also taking a few lyrics out of context, he has deduced that conscious hip hop is leading its listeners down a road of ruin. His assertion that " if the folks known as the hip hop generation are learning their politics from 'conscious' rap, there is little hope for our future" is quite interesting. Namely because it seems as though McWhorter is still living in 1990 when Chuck D proclaimed that rap music, back when all hip hop was called "rap music," was Black folks' CNN. Times sure have changed, since for many hip hop listeners, we get our news from, where else, news networks or (gasp!) the internet.

Even more interesting is how McWhorter seems to pick out certain lyrics with the intent on exposing just how ignorant "conscious" lyricists are. While Pete Rock and Kanye West are both targeted, neither of whom I would place in the "conscious" hip hop category, it this quote from dead prez that demonstrates the ignorance of the writer who seems so intent upon exposing conscious hip hop's "fallacy":

Dead Prez tells us that high school is a 'four year sentence' with teachers 'tellin' me white man lies.' Message: black people should be wary of education. Deep. 'Politics.' Sounds good set to a beat.

If McWhorter had even taken the 5.7 seconds it takes to google "dead prez four year sentence," he would have arrived upon the lyrics from dead prez's "They Schools." In it, dead prez make it clear that the issue is not with acquiring an education. The issue is with publicly-run schools who choose to not teach its students based upon the student's best interests and instead opt to teach based upon outmoded curricula. Schools who continue to teach that George Washington is the "father of this country" but refuse to educate its students that he also owned slaves. This little tidbit of information would have quite a powerful impact on a teenaged child of color, possibly even spurning that child into politics. But how much more political is it to not teach those children as many sides of history as possible? And how much more political is it to make an outdated assertion that hip hop listeners are getting their political education from hip hop songs? If this were the case, not only would conscious hip hop be selling better than it is now, but BET's programming would not look like a Thugnificent video all day every day.
It is more than obvious that someone like McWhorter is completely out of touch with the trends within the hip hop community at large. After all, he cited only 50 Cent as part of the mainstream rap machine. And to think that a linguist would not be able to understand something based upon words, lyrics, and prose: hip hop itself.
'Conscious' Hip Hop Fallacy [The Sun]