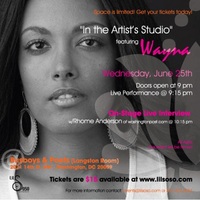 Although I'm supposed to be on a bi-weekly schedule, this particular week was just too chock full of musical delights. I had to be sure Bouncers were in-the-know.

On the eve of the release of his new album, Sketches of A Man, Dwele will perform tonight in New York at SOBs. Tickets are $30 and can be purchased through Ticketweb or at the box office.

The "Motown Concert of the Year" goes down on Thursday with The Temptations and The Four Tops performing at Wolf Trap in Virginia. Tickets start at $22 and you can get them here.

Thursday in NYC: Thievery Corporation will perform at the Central Park Summer Stage for free! Show starts at 6pm.

Friday marks the beginning of the Taste of Chicago,
a multi-day festival filled with good eats and good music. When you're
able to tear yourself away from the sampling stations, be sure to check
out artists like Stevie Wonder, Chaka Khan, Angie Stone, Estelle, Joss Stone, and Fantasia on the various music stages. Visit the festival website for event details and ticket prices.

The 40th Annual Hampton Jazz Festival also kicks off on Friday in VA--bigger
and better than ever. Hopefully, you noticed this on the calendar
before this week and already have your tickets for Saturday night. Jilly from Philly, Kenny G, and Kem will
be performing for a completely sold-out crowd. Don't fret if you were
on the late bus! The other two nights deliver such acts as Gladys Knight, Boney James, Raheem DeVaughn, Chrisette Michele, and Frankie Beverly and Maze. Check the festival website for more information.

Also Friday through Sunday in Baltimore: The African American Heritage Festival takes place at Camden Yards. Entrance is free, which is quite the bargain for performances by Bilal, Eric Roberson, Fertile Ground, Chuck Brown, Franklin Bridge, Kindred, Kokayi, and Wayna.

Saturday in DC: Rahsaan Patterson, Kindred and Phaze II will perform at the Carter Barron Amphitheater Summer Series. Tickets are $20 and can be purchased through Ticketmaster.

Saturday in Atlanta: India.Arie and Soulbird Records present a release party for Anthony David's latest album, Acey Duecy at Centerstage. Tickets are $15 and can be purchased at the venue box office

Islanders and the people who love them represent! Celebrate your heritage at the DC Caribbean Carnival. The two-day event includes a parade along Georgia Avenue on Saturday followed by a concert in Banneker Park. On Sunday, party with The Soca Queen, Alison Hinds. Personally, I'm excited about having all those Caribbean food vendors in one place.

Have an event you think fellow Bouncers would enjoy? Send it to calendar@soulbounce.com. Be sure to include relevant links or a written version of the details! 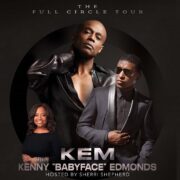