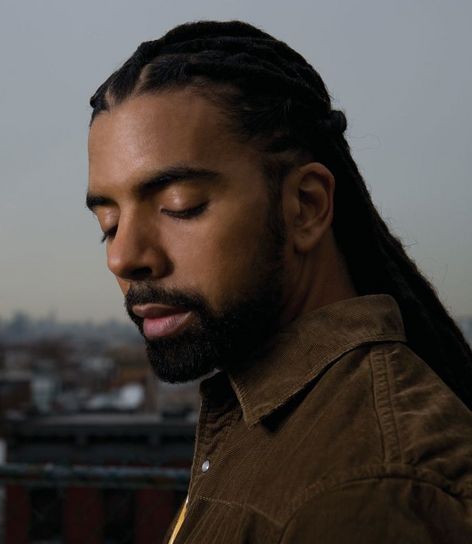 The Summer of SoulBounce is rolling on as we continue to hit the streets in search of new, under-the-radar artists to put you on to. Well, get ready, because over the next five days, we'll be rolling out some goodness during what we're calling Bounce-Worthy Week. First up is a soulful artist we've had our eye on for a while. His name is Darien, and if you haven't heard the dreadlocked soulster, you definitely should. He describes his music as "old soul," saying that "you feel it in your gut." I agree. He sings as if he's having a conversation with you, effortlessly letting you in on his thoughts on life and love.

Earlier this month I had the pleasure of attending a listening party up in Harlem for his album If These Walls Could Talk. Thanks to the great team over at ONUTSS, who put the listening event together, and Darien's manager, Miles Anthony, who is doing a wonderful job promoting his artist, we got a spoonful of that old soul as the Mount Vernon native took to the stage and performed a few hits from the project. Some standouts from the shortened set include the track "Gone," which quite possibly could be the lead single, "Composure," "Love Revolution" and "Saturday." The entire album is so good, we were tempted to post it all here. Instead, just to whet your appetite, check out "Gone" and "Composure" below. Stay tuned to SB for more on Darien as his album release date nears. And if you know like we know, bounce with him now. Because If these walls could talk, they'd no doubt be saying that this old soul is going to be around for a long time.