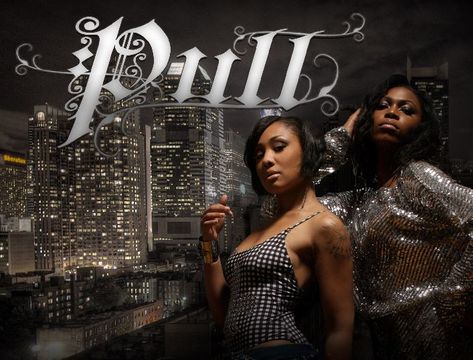 I was put on to the female group PulL a few months ago, just after the release of their single "Don't Compare to You."  I was looking for the right time to feature them here on SB, and this week seemed like the perfect time. So here they are, Tiffany and Serena, straight out of New York by way of the Fiorello LaGuardia High School for the Performing Arts as well as different high profile appearances, including being a featured act on the NBA's Rhythm N Rims tour and being picked to sing the national anthem at both the MCI Center in Washington, DC and Madison Square Garden. Also, if you were a fan of the UPN hit show Half & Half, the ladies may look and sound familiar. They were the ones featured in the 2005 episode of the sitcom as finalists in the fictitious Fast Track competition with their single "To Love You Again," and were actually picked as winners by none other than Jimmy Jam and Terry Lewis.

Now it's their time to shine, with an album on the way in the near future and strong R&B vocals that remind you of the '90s group Changing Faces, only with a richer, more refined sound. The ladies, who recently formed their own indie label called AMR Entertainment, describe themselves as an "urban alternative," and ask that you "take a deep breath and inhale slowly...feel a musical high like no other."  We ask that you take a listen to the tracks below, including the aforementioned "Love," "Ain't No Other Luv" and their current single, "Don't Compare to You," and let us know what you think of the R&B duo with the hip-hop edge. Go on, take a PulL.

PulL: "To Love You Again"

PulL: "Don't Compare to You"