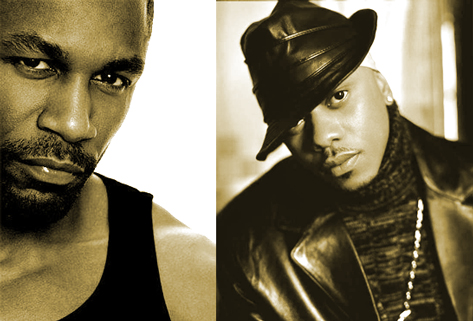 When it comes to big R&B male soloists, who's worth a damn? R. Kelly? Nope! Because he's lecherous, creatively-repetitive and thinks he's a rapper. Maxwell? Maybe, if he stops putting us through this slow Chinese water-torture. Usher, to be fair, seems to have the right idea, but there needs to be a discourse about how he's still dipping into the kiddie pool with some of his sounds. So we look to the Second Tier of acts that have brushed against mainstream accessibility and are hella talented, yet continue to be slept on for reasons varied yet mysterious. Your Carl Thomases and Joes and others of that ilk. Are they associated with big acts and have dense catalogues and accomplishments? To be sure. But it's hard for them to thrive commercially because they're old.

I mean that in the nicest way. It's getting tougher for cats over 30 to connect with such fickle and progressively brain-dead audiences. Our attention spans get shorter and shorter because we want instant gratification instead of a slow burn. We want things like charts and sales to quantify an artist's work before we make our decisions based not on popularity, but our own innate sensibilities. These leaks from Tank and Donell Jones, although not spectacular, are a definite reprieve from what the masses are conditioned by. They don't smack you in the face with producer drops and auto-tune and whatever else came into ubiquity in recent years.

More than that, does there need to be a discussion on how much we really lost when Luther and Gerald passed? It's almost like they took an entire genre of music with them! Thoughts?

TAGS:  audio, donell jones, tank
Previous: Will Slim Emerge As the Most Successful Soloist of 112? Next: Bounce-Worthy: PulL