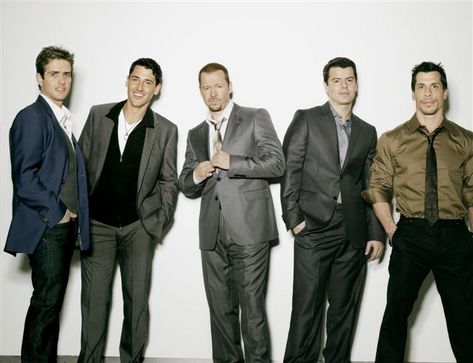 In a career-cresting move, it seems a couple of our favorite acts, Michael Jackson and New Edition, will be propping up New Kids on the Block. People, this is so wrong it has to be right! We're not sure of the title of the new NE/NKOTB track, but all one hundred and twenty-five of both group's members (not sure if Bobby was involved, since he has other things to contend with like Usher stealing his career and Whitney being Whitney) jammed into the studio and there were allegedly no fistfights. Disappointing, because if we learned anything from that recent Dru Hill business, a staged altercation can drum up interest in a formerly interesting boy band, for a couple of days at least. The details on the status of the Michael Jackson collab are slim, but both projects seem to be spearheaded by presumptive New Kids leader Donnie Wahlberg, who was killed in one of those Saw movies. [PEOPLE/BOSH]


TAGS:  michael jackson, mommy make it stop, new edition, new kids on the block
Previous: Morning Soul: You Did What? Next: In Which Pretty Ricky Defiles a Classic for the ‘Tween Set