#10: Luther Vandross ‘Never Too Much’ 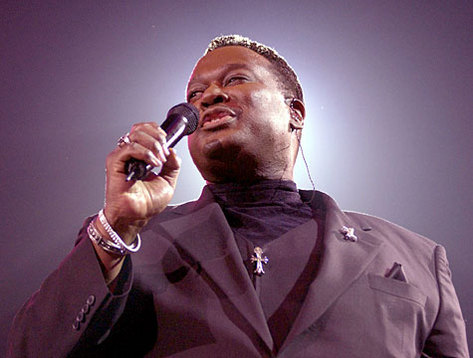 What would the top 10 of our Top 100 Soul/R&B Songs countdown be without the inclusion of Luther Vandross? Although this is his final appearance on the countdown, what an appearance it is with one of the most beloved tracks in his catalog, "Never Too Much." Believe it or not, this was one of two songs that Luther had on his demo, and it is credited with getting him his solo record deal. Just one listen to the song, and its evident why he was signed. Luther is well regarded for his litany of slow jams and ballads, but his uptempo songs aren't to be slept on. With its post-Disco groove, "Never Too Much," from the album of the same name, is another song that is a bonafide party starter. You can't help but two-step (or break out into a full-fledged hustle) when Luther begins singing about his shining star and how they make his "heart scream and holler" with a love that is never too much. Anyone who has ever been in love and wanted to get lost in a thousand kisses from their lover can relate to this tune.

We lost Luther three summers ago, but thanks to this 1981 hit and so many others, his music lives on and on. And that's never too much.

Enjoy the extended version of "Never Too Much" below and the music video after the bounce.

Luther Vandross: "Never Too Much"

TAGS:  audio, luther vandross
Previous: For the Maxwell Lover In You Next: Morning Soul: Reunited and It Feels So Good