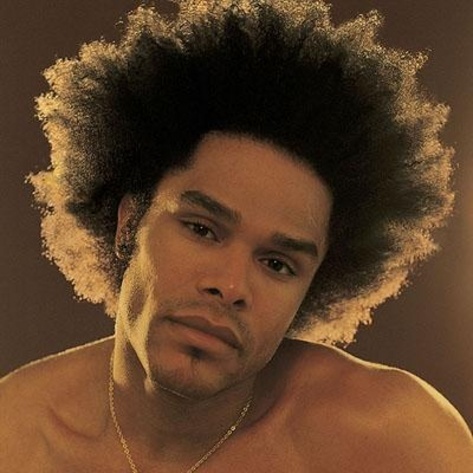 Any frequent visitor to SoulBounce knows that if there is one artist who is in constant rotation on this site, it would have to be Maxwell. We live and breathe this man around these parts. So it should come as no surprise that he is planted firmly in the top five of our countdown with one of the biggest, most popular songs in his repertoire and our unanimous favorite of his: "Ascension (Don't Ever Wonder)." But this song just isn't in the countdown because we like it; it's included because it is a modern soul classic.

Alongside fellow neo-souldiers D'Angelo and Erykah Badu, Maxwell appeared on everyone's radar in the mid-'90s with his instant vintage debut Maxwell's Urban Hang Suite. With his wild afro, slim build and attractive features, he was visually appealing, but we just wanted to know if his music sounded as good as he looked. Thank God it did.  He proved himself to be the total package with Urban Hang Suite. Oddly enough, when the CD was released in 1996 it had already marinated at Columbia Records for two years before they decided to let it loose on the public. And even then it took a while to find an audience and catch on with listeners. The song that helped this album to turn the corner and become a hit? "Ascension (Don't Ever Wonder)."

Co-written by Maxwell and Itaal Shur, this track was one of the few uptempo songs on UHS. From the moment the bass line dropped in, you knew that a funky groove was on the way. But the song was deeper than a dance floor ditty. Straddling the line between the secular and the spiritual and referencing the "highest of the high," the tune is arguably a Gospel song (to wit, it has been remade by Gospel artists Londa Larmond and LaShun Pace). However, given a closer listen, the track is about an earthly being. Maxwell simply took us to heaven when he sang it.

After the bounce take in the original video for "Ascension (Don't Ever Wonder)" and the performance clip from Maxwell's episode of MTV Unplugged along with a special remix treat.

Maxwell: "Ascension (No One's Gonna Love You, So Don't Ever Wonder) The Tribute Cut"