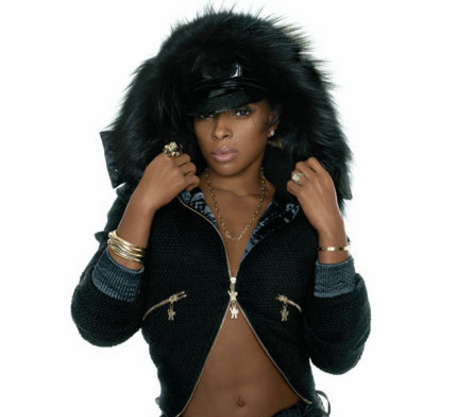 If I were to sit here and rattle off all of the Mary J. Blige songs that I love, we'd be here for quite a while. But if I had to narrow it down to a favorite, then that's easy. It would undoubtedly be "Real Love," which finds itself at number six on our countdown and marks Mary J. Blige's fourth and final appearance on it.

Before the around the way girl became an icon, she was just a young lady from Yonkers, NY who could sing her behind off. She got some work singing hooks, but she was bigger than that and proved it when her stellar debut album, What's the 411?, dropped. With her soulful vocals on top of hip hop beats, she ushered in and perfected a new sound. There were so many excellent songs on What's the 411?, but "Real Love" was the star of the show. When Mary lamented that she was searching for a real love you could feel her pain even as you did the latest dance to the upbeat track.

Sean "Diddy" Combs, then known as Puffy, takes a lot of credit for Mary's career, but there were many others involved in those early days who shaped the Mary Sound. The production team of Mark C. Rooney and Mark Morales--better known to most by his stage name Prince Markie Dee while a member of The Fat Boys--had already worked with Mary when she sang background on Father MC's hit "I'll Do 4 U." They took her powerful voice and their sincere lyrics, combined it with a tight sample of Audio Two's "Top Billing" and molded it into a modern-day classic on this track. This, my friends, was Hip Hop Soul at its finest, and it's no wonder why MJB is the Queen.

Almost 16 years to the day of the release of "Real Love," it still sounds as fresh as it did in 1992. After the bounce watch the video and enjoy the remix that introduced us to a hungry young rapper who went by the name of Biggie Smalls at the time.

TAGS:  audio, diddy, mark c. rooney, mark morales, mary j. blige, notorious b.i.g., prince markie dee
Previous: John Legend & Andre 3000 Party On In ‘Green Light’ Video Next: After You Vote For Us, Then Who Else Do You Vote For?