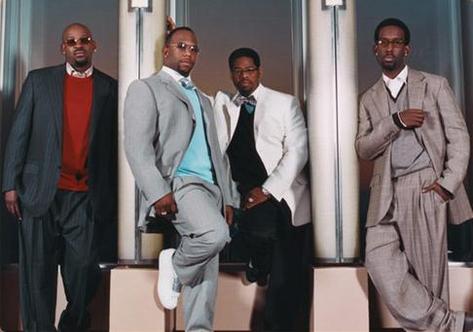 As you can probably tell by now, this is not your mama's countdown. We're only three songs into the top 10, and already there's been a surprise, with undoubtedly more to come. And while we've dared to stay away from commercial hits as we picked our favorites, when it came down to it, we all agreed that today's entry, "I'll Make Love to You" by mega R&B group Boyz II Men, belonged in the top 10. The song, the first single from the group's sophomore release II, is a beautifully crafted ode to intentioned love-making, written by Babyface and delivered with passion and precision by Nathan Morris, Michael McCary, Shawn Stockman and Wanya Morris.

Be clear: a song with such a straightforward message, especially back in 1994, could've easily died on the vine if placed in the wrong hands. However, the group, known for its clean-cut image and wholesomeness, took the 'Face lyrics to new heights, giving a grown and sexy play-by-play of bedroom antics without the raunch that might've doomed it. The song was a crossover phenomenon, sitting atop the Billboard Hot 100 charts for a then-record fourteen weeks, replaced, ironically, by another of their songs, the Jimmy Jam/Terry Lewis penned "On Bended Knee." That marked only the second time in history that an artist replaced themselves (cross reference The Beatles) at the number one spot on the charts. That's history right there. And right here. So do like the song says: "pour the wine, light the fire..." and tell your mama 'n dem that the Boyz are here. Enjoy.