Behind the Groove with Robin Thicke 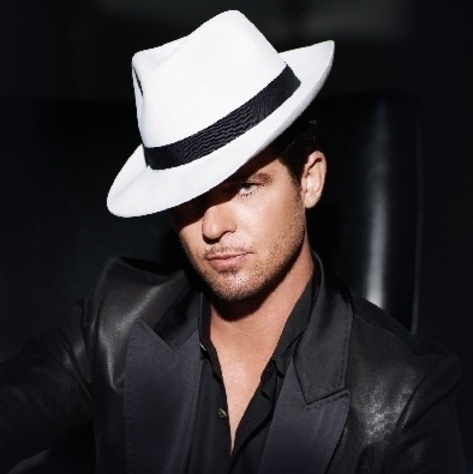 Growing up as the child of two entertainers, you would think that Robin Thicke had an easy road to success. Unfortunately, that wasn't the case, and he spent years waiting for his time to shine. That time finally came with the 2006 release of The Evolution of Robin Thicke.

Lest anyone think that the platinum-seller Evolution was a fluke, Robin Thicke has come back in a mighty way with the single "Magic" from his soon-to-be-released third album, Something Else. A rousing feel-good track, "Magic" is one of those infectious songs that defines summer. And with his new album set to drop in September, Thicke is going to solidify the fact that he's a singer for all seasons.

I recently had the opportunity to get Behind the Groove with Robin Thicke and it was such fun speaking with him. In my interview with Robin you'll hear him discussing the phenomenal success of "Lost Without U," the '70s vibe of "Magic," what we can expect on the new CD and not giving a funk about people labeling him in between copious amounts of laughter from me--hey, what can I say, the man had jokes.

Behind the Groove with Robin Thicke

*Music from Something Else played during the interview: "Magic" and "Sidestep.