Charlie Wilson Channels His Old Self in New Song 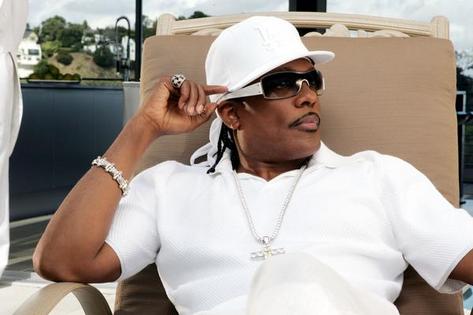 We already ripped Charlie Wilson a new one earlier in the week for putting the same old tired shtick on wax once again with the song "Need A Wife." However, with this new track "Thinking of You" Charlie Wilson comes correct. Instead of trying to get some middle-aged love in this club, Charlie returns a song that sounds like it could have been recorded during the good old Gap Band days. Though not as funktacular as "Early in the Morning" or "You Dropped the Bomb on Me," this is a way better look than the other drivel that's leaked recently. This is Charlie at his best, grabbing hold of a song and wrestling it to the ground. Kudos to the Underdogs who brought out the funk in Chowlee with their tight production. Now if this is coupled with an equally funky '80s throwback music video, then I will be a happy woman.

Charlie Wilson: "Thinking of You"