Much ado has been made about Solange going slap off on an entertainment reporter during her live segment on Las Vegas' FOX affiliate yesterday morning. Monica Jackson was all sunshine, blue skies and smiles when introducing Solange whose face was tighter than a size 2 on a size 20. What could have caused Solange to have a bee in her bonnet during such a lovely introduction?
Well, once Solo started talking we were about as confused as Monica when Miss Knowles started going off about not wanting to be associated with family and her "brother-in-law's establishment." Huh? Wha? The befuddled reporter tried to save face then someone off-camera let it be known that what Solange was referring to wasn't on-air nor part of her interview. Oopsie!

And apparently there is a perfect explanation for this comedy of errors. Isn't there always?

According to this recently released video from Solange herself,
there were some behind the scenes shenanigans going on that we weren't privy to that led to her reaction. She blathers on for the first minute about the fans, her album and a concert she attended then finally gets to the meat and potatoes of what really happened. Before her interview, she overheard someone in her earpiece tell the reporter to ask her about Jay-Z's Vegas 40/40 club closing, which was, needless to say, the wrong move. Watch the clip to hear Solo's side of it about how she felt hoodwinked and bamboozled and the conspiracy of FOX and TMZ to take Jay-Z down. OK, Solange, we get that you're protective of your fam, but it really wasn't that deep. I have to give it to the girl, though, she sure is getting a lot of press and coverage with very little effort. Kelly Rowland could learn a thing or two.


TAGS:  jay-z, kelly rowland", solange
Previous: ‘I Was Bored In The Studio’ Explains T-Pain of His Gospel Sample Next: #2: Prince ‘Adore’ 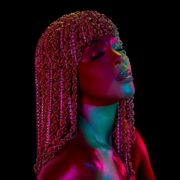