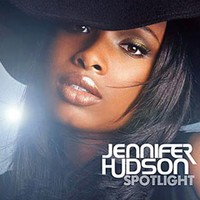 Remember a time when a song's remix was often hotter than the original song itself? Mixologists would take an R&B song and put their foot in it, whether it was a hip-hop heavy remix for the jeeps or a dance mix for the house heads. Artists such as Mary J. Blige, SWV and Diddy--who we all know invented the remix, natch--released entire remix albums because the joints were so hot and the demand was high for them to be packaged and available for purchase. Nowadays it's a different story. Anyone with a computer and some choice software can put on their DJ hat and make their own remixes sitting at home in their drawers and give their creations away for free. It's also commonplace for rappers to just hop on a song or beat that's hot and spit a few bars whether they need to or not. Such is the case with Jennifer Hudson's single "Spotlight," which has been manhandled by both Rick Ross and Young Jeezy alike in recent weeks.

I really don't understand why they are trying to Keyshia Colate and Fantasiacize Jennifer Hudson. She's not that artist, y'all. J.Hud doesn't need some rapping clown on her songs talking about "shawties" and "40's" to give her hood appeal. She already has it by virtue of singing her face off whenever she opens her mouth. But clearly that isn't enough in today's marketplace. This ongoing trend of coupling real singers with flava of the moment rappers has got to stop, especially if the results are just gonna be wack. And I swear, if any of the ghetto triumvirate of Lil Wayne, T-Pain or Plies shows up on her album I'm going to scream.

I contemplated putting these "Spotlight" remixes up against each other in a Battle of the Beats but couldn't muster up enough energy to give a damn about either of these cuts. However, feel free to choose the best of the worst for yourselves.