Whose ‘Every Little Thing’ Will Stay On Your Mind? Soul for Real or Christopher Williams? 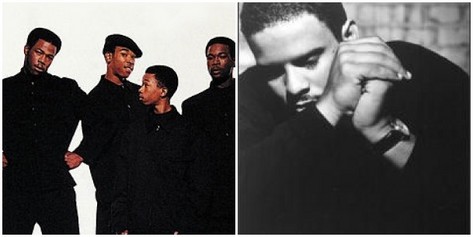 Today seemed like as good a time as any to do a summer Battle of the Beats, taking us back to the early 1990s--an era of which we can truly say that we loved "every little thing." This Battle's participants are Soul for Real and their 1995 hit "Every Little Thing I Do," the second single from their platinum debut album Candy Rain, and Christopher Williams' 1993
banger "Every Little Thing You Do," from his second studio album, Changes. The Brothers Dalyrimple brought back the roller-skating groove of the 1980s with some help from Heavy D. on their "Thing," while CW laid his mack game down over the Nice and Smooth/Gangstarr "Dwyck" instrumental on this "Thing" remix, leaving no doubt that his lady had him straight turned on.

So now we leave it up to you, Bouncers. Which '90s joint will stay on your mind? Let the Battle begin.

Soul for Real: "Every Little Thing I Do"

Christopher Williams: "Every Little Thing You Do" Remix

TAGS:  audio, christopher williams, gangstarr, nice and smooth, soul for real
Previous: Admit It: You Love Us When We’re Angry Next: #12: Stevie Wonder ‘As’