Diddy Proves That No One Is Safe From His Biting Ways. Not Even Pete Rock. 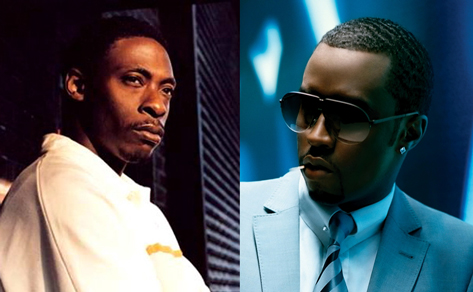 How wack is it to straight jack a beat in front of someone's face, then usher in an era of biting as not only acceptable, but rewarded? It's kind of like this current election where ignorance in the face of overwhelming responsibility  is rewarded with laudable praises that even the dead can hear. But I digress.
Pete Rock claims that Sean "Biting Master" Combs heard a beat Pete Rock had prepared for Notorious B.I.G.'s "Juicy," the song that ushered in Biggie's dominance on the world's hip hop stage while at Pete's home, and...presto! The next thing Pete and the rest of the unsuspecting world knows, his very mildly reworked beat was now being used as the "original" beat for "Juicy" while Pete's beat was being slated as the "remix." While this may be what true hip hop beef is made of kudos to Pete Rock to having the maturity to know his own talent would reign supreme. Speaking to Hip Hop DX, Pete says,

Biggie and Sean came to my house one day and ["Juicy"] was playing on my drum machine," revealed Pete Rock. "Biggie thought I was making it for C.L. [Smooth]. When I told him I was just making it for myself, he immediately wanted it. I said sure, but didn't think much of it. Then, next thing I know, I heard it playing somewhere. I'm over it now though."

To make matters worse, the "Juicy" beat on Ready To Die gives the production credits to Trackmasters and Diddy with no mention of Pete Rock. Wow. Want to hear the original Pete Rock beat that really does sound as though CL Smooth would have done major damage on it? Press play below.

Pete Rock Says He Was Jerked Over 'Juicy' [HHDX]


TAGS:  audio, cl smooth, diddy, notorious b.i.g., pete rock, trackmasters
Previous: Quincy Jones Is Through With Michael Jackson, Has Tribute Album in the Works Next: Morning Soul: Wishing On A Star To Follow Where You Are