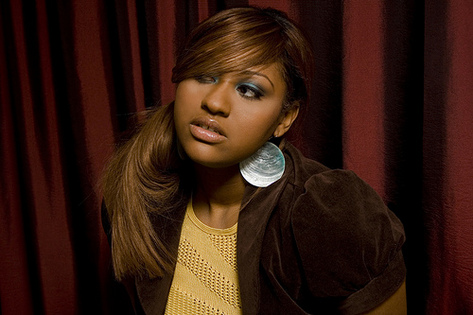 As we prepare for the release of Jazmine Sullivan's debut album, Fearless, next Tuesday, I thought it would be groovy to comb through her crates, and I came across this treasure in my magical iTunes folder. It's no secret that before she got her album deal that she had a publishing deal and wrote tunes for others singers. Probably her most famous composition was "Say I" that was sung by Christina Milian. No diss to Miss Milian, but she's lucky that folks didn't hear Jazmine's version first. Eighteen-year-old Jazzy put a hurting on this song with her throaty vocals. It's a trip that her demo sounds a lot better than many people's albums. Thankfully we'll get to hear Sullivan's album soon enough, but in the meantime enjoy her take on her song and get into a live performance from her Black Lily days after the bounce.