So What Will Common’s Album Be Called When It’s Actually Released? 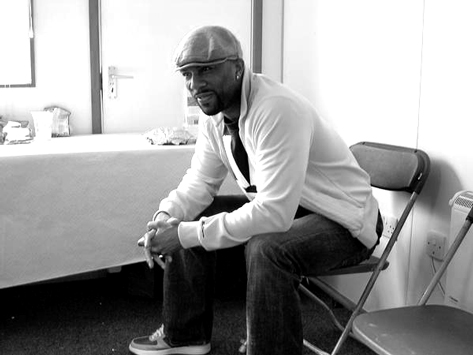 Have you been keeping up with the long, convoluted saga of Common's 8th studio album? Because if so, and you have the copious notes to prove it, then you should write for this blog because I am tired. This album has gone through more titles, release dates and potential producers than we can count. Combine that with the tepid response to "Announcement" and the potential death blow of Kanye West releasing 808s & Heartbreak very close by, and what you have is a blogger that's very worried about Universal Mind Control. Join me after the bounce for a trip through recent history with all the changes this project has undergone and feel free to bemoan the practice of making premature statements to the press.

2/20/08: When we first began tracking this album, it was going to be called The Believer, with the artist eyeing a release date in November and possibly calling in The Neptunes, Just Blaze and mainstay Kanye West to produce.

2/22/08: "The Believer is gonna be my next LP.. The Believer is talking about believing in yourself and believing in God and believing in what you do. ... That title made me think of what I wanna be, who I wanna be. I wanna believe in what I do, and I do believe in what I do. It was simple as far as the title and concept. I wanna also mention that I'm coming out with an EP before the album. The EP is in June and called Invincible Summer." This byte came via MTV. Note how the album was still referred to as The Believer with Invincible Summer being the 6-track EP (that never came).

4/8/08: Now Common's full album is titled Invincible Summer and is set to be released in June. The Neptunes are confirmed as contributors as well as Mr. DJ. Common threatens to include party tracks and we have no clue what that means.

5/1/08: Kanye West officially sits out as producer but still assumes an executive role on Invincible Summer. He was, after all, too busy with his tour (but not too busy to secretly record a new album, obvs). Billboard says the new album features "techno-inspired drums", "spongy futuristic chords" and "fuzzy kazoos." Still, no effing clue what any of that means as it relates to a Common album. Maybe a "common" album, but not a Common album.

5/22/08: Okay, so we kind of "get it" when we hear "Universal Mind Control" produced by The Neptunes, a frantic '80s throwback that rocks out with it's socks out once you get used to it. Score!

6/23/08: Oh wait, now Invincible Summer will be released in September, which isn't a summer month.

9/10/08: The album is actually now scheduled for November release, the month Common first had in mind. And it won't be called Invincible Summer anymore (which is, on one hand, fantastic because it no longer sounds like ladies deodorant; but on the other hand an Invincible Summer that comes out in November means it's pretty damn invincible, doesn't it?), it will be named after the first single, Universal Mind Control. We couldn't be happier, because the video looks like it will be boss.

Now we're all caught up. We have exactly two months with lots of confirmed tracks on deck and nothing that can possibly get in the way of pushing the project back again, right? No more name changes, right, Common? Oh, and since your concept has switched from "believing" to having a fierce summer (or something), what's the concept now? Because let me tell you something, just release it and don't talk about it. Do you know what your album is? DOES ANYONE KNOW ANYTHING ANYMORE?!!!

*runs into bedroom and slams door*


TAGS:  common, kanye west, neptunes, pharrell, pharrell williams, where is your album
Previous: Q-Tip Is Officially ‘Gettin’ Up’ Next: Behind the Groove with Raphael Saadiq