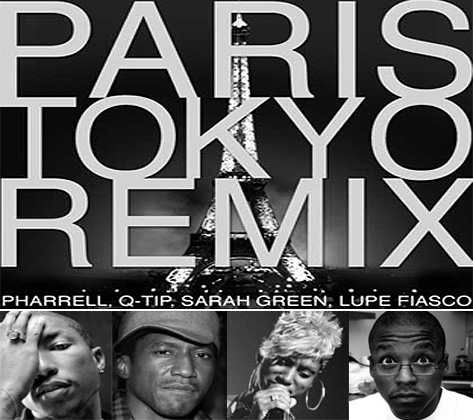 I guess it can be argued that most remixes are unneeded, but for "Paris, Tokyo" this is truly the case. Lupe Fiasco fills the original with lyrical niceness, and he even manages to sing his own hook effectively. It's one of the most enjoyable tracks from Lupe Fiasco's The Cool. This official remix is lazy, overpopulated and adds nothing significant to the original. Plus it's, what, three or four months late? Hearing Pharrell on this just emphasizes how misplaced and weak he is when rapping next to greater MCs like Lupe and Q-Tip. Featuring Q-Tip between Pharell and Sarah Green makes him sound even more brilliant than he already is, and makes me wish it was just him on the remix. Sarah Green has a nice voice and her verse is tolerable, but it was never going to resuscitate this flat-lining remix. With "Paris, Tokyo' being so well done to begin with, this lackluster rehash proves itself totally unnecessary.