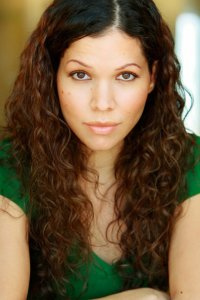 Terry Dexter's voice is one that, once you've heard it, you won't soon forget the experience. The true grit and substance that resonates with each note she sings has made her a fine living, as well as made her a mainstay in the R&B universe, with many of her male R&B counterparts continuously seeking her out for duets, including Eric Benét, Jaheim and even will.i.am. So, along with her incredible voice, she's got credibility as well. A singer's singer. What's hard to believe is that her newest CD, Listen, which dropped on September 30th, is only her second studio release and a long awaited follow up to 1999's eponymous disc. Don't get it twisted, though. Terry's been keeping busy, appearing on a myriad of soundtracks, including Rush Hour and Bait. She's also made her mark in the electronic music arena, working with music legends Hex Hector, Steve "Silk" Hurley and Roy Davis, Jr. Add to that her songwriting and acting skills, and Terry's been very busy.

Her new album features tracks that are both spiritual and inspired. Says the Motown native: "I want the music on this album, which has a definitive spiritual
outlook, to reach those folks who might have lost their way or who are
struggling to maintain their faith and who may need to be encouraged
and uplifted."


The two tracks featured below, including the haunting first single, "Beautiful One," which was co-written by Jamey Jazz and Rahsaan Patterson, and the second single "I'm Free," are just samples of Terry's gorgeous voice and positive message for the masses.  Take a Listen, and then be sure to go out and purchase the album. I have a good feeling that you won't be sorry that you did.