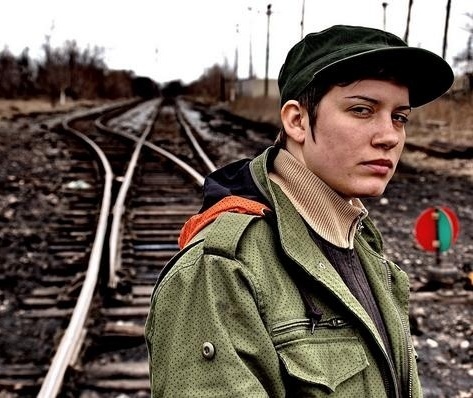 This week, we at SoulBounce are honoring the female emcee, femcee, if you will. If you have to ask why, then you're a prime target to those we would like to enlighten. If you're saying, "hells yeah" at the prospect of our week of Bounce-Worthy femcees, then this is also for you.

First up is Detroit's own Invincible, a force in Hip Hop for some time now whose string of accomplishments reads like someone for whom Hip Hop is a way of life. Not only is she one of the founding members of the Anomolies, an all female Hip Hop collective whose members cover the four Hip Hop tenets of MCing, DJing, grafitti-writing, and breaking, but she is a community activist and one of the creative forces behind the now-defunct Lyricist Lounge show.
Her accolades aside, Invincible is the real deal. Her voice is gritty, grimy and one that has obviously seen many a rhyme cipher. For this reason, she is able to handle the mic in a way that only those femcees of old were able to do. MC Lyte comes to mind easily with her incomparable ability to deliver verses that assault your cranium with flow that is certain and forces you to contemplate her message later. Covering messages as diverse as war and community gentrification with a lot of braggadocio in between, Invincible's lyrics flow best when coupled with beats by producers such as Black Milk, Waajeed of Platinum Pied Pipers and House Shoes.
All this being said, do yourself a major favor and familiarize yourself with Invincible. And never fear that female emcees will ever go out of style as long as those willing to hold Hip Hop to higher standards regardless of gender still exist.
Invincible: "ShapeShifters" (produced by Waajeed)