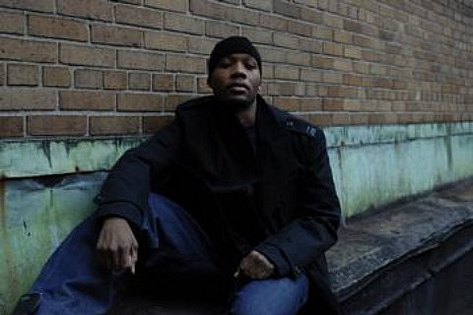 So there I was last month at S.O.B.s Sol Village, celebrating our boy Eric Roberson's birthday with his wife and the rest of the crowd, enjoying former Zhane member Jean Baylor (who sang at their wedding, by the way) as she laid it down vocally. It was a great night, and after Jean was done, I figured the night was over. That she would be the final act and we could all go home after some birthday cake, right? Right? Well, no, I was told by my boy Kozza. There was another act to follow. Some kid named Jaiden. After a mega side-eye in his direction, I decided to stick around to check him out, the one who secured the headlining pole position for the evening. After seeing his performance, I was convinced. The billing was justified. Bounce-Worthy, even. Let me introduce you to Jaiden, who calls himself "The Cure." Straight out of Long Island, NY, he was born into a musical family, starting off in the church choir before establishing himself as a songwriter for artists such as Carl Thomas, Jeannie Ortega and Case, and working with superproducers Eddie F., Full Force and Rockwilder. He's toured with several bold face names like Diddy, Alicia Keys and John Legend. And now, just like at S.O.B.s, he's ready to move from opening act to headliner. The boy can blow, and the songs posted below are a great introduction to his range, while also living up to his billing. The poignant "Paradise" finds Jaiden searching for a cure from today's social ills, and "Breakfast" has him searching for a cure for his um, hunger. Take a listen, and keep on the lookout for more from the well-rounded artist who, with his songwriting and singing skills, will definitely be around for years to come.