How Much Does An Artist’s Behavior Affect Your Music Purchase? 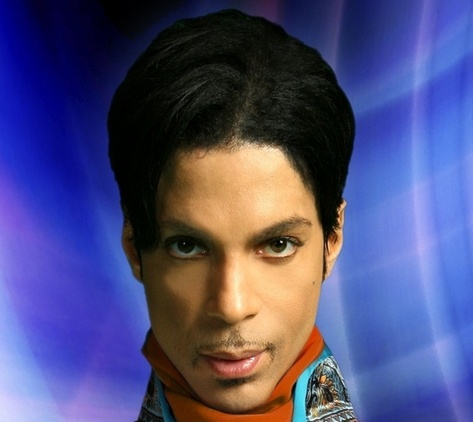 Welcome to another installment of Crowd Participation in which we hold our familiars at gunpoint and force them to answer the kind of controversial, thought-provoking questions that you'll only find here. This week's question involves making the choice that, in today's musical climate, many of us are forced to deal with: How does an artist's behavior affect your music purchase? It's difficult to reconcile your willingness to support a genius if they are acting like an imperious meanie, a big baby or a perv. And it stands to reason that the best way to check a jerk is to not give him your hard-earned coins. When faced with this, do you simply look the other way or do you just burn a copy from a friend? Check out some choice responses after the bounce....

It matters a lot to me. I know that I will personally never be good friends with Kanye, Mariah or Whitney Houston and, therefore, have no idea how these people are behind closed doors, but the effect of behaving like an a--hole, poptard and crackhead, respectively, means that I will rarely partake in putting money into their pockets. As a thrity-something-year-old woman who knows better, I am aware of the image that I have to project when I go to work each day. I expect nothing less from someone whose lifestyle I intend to support by buying their music. There are few exceptions to this rule (namely ODB) for people who are just so interesting to watch and are twisting their music genre in ways we haven't seen before. But in general, if an artist's behavior is something that is too similar to something I've seen on Maury, I will not buy or partake in any of their main or side projects.

Just when I thought the pied piper of probable pedaphelia could do no worse than compare his boo to a mountain terrain vehicle, Pissy Tapegate erupted. Still, I snuck in Chocolate Factory under the faux auspices that the music hadn't actually fondled that gal, but R's adolescent defiance and brazenly inappropriate sexuality aimed at young female concert attendees finally forced me to stop following this piper's tune.

I will admit that I very rarely buy music yet I do continue to support R. Kelly. Yes he's a pissing pedophile, but I've been a fan since his first album and his work with Aaliyah (his first victim). Back then, folks were upset that he hooked up with her when she was so young ... but we all bumped and grinded ... and I still do.

I think it depends on what type of a--hole we're talking about. Prince? Yes, because he's a genius. Sure the litigiousness of Prince and his internet goon squad defies logic and reason, but this a--holery is somewhat forgivable since His Royal Flyness has, on average, brought the goods for 30 years. I do not regret one cent of the debt I accrued paying for tickets to his concerts because they were phenomenal. He's an icon. Robin Thicke? No, because recently his a--iness has surpassed his talent. It's fine to be a sexy crooner singing mid-tempo songs entirely in falsetto and crossing color lines to drop the drawers of all peoples, but not at the expense of musical ingenuity. Additionally, that VIBE nonsense exposed a whiny, entitled prick. This would have been more tolerable in his "Cherry Blue Skies" days. Not now. His creative and vocal prowess have regressed as his sales and ego have increased.

Since I understand that most artists are crazy on some basic level, you get a pretty wide amount of leeway with me personality-wise before your issues get in the way of me supporting your music. In the grand scheme of things, Kanye is pretty benign when compared to my only real deal-breakers of wife beating and child molesting. Trying to holler at my girlfriend might be on that list, too, but in general I can compartmentalize. I've met a few artists in person who were pricks but nothing severe. And they're far outnumbered by those who were pleasant or just non-threateningly weird.

It's your turn, commenters! Do you support good music (with your dollars) even if the artist in question is a public relations nightmare? We want examples of why and why not.