I Want to Give Leela James & Chris Pierce My ‘Private Number’ 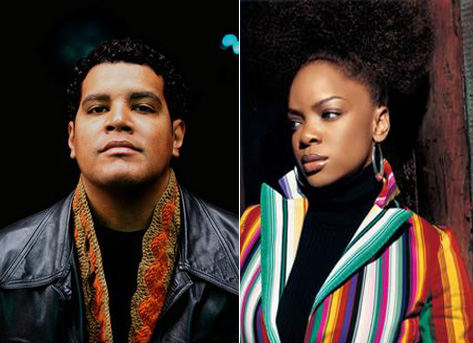 The Soul Men soundtrack is full of great artists: Meshell Ndegeocello, John Legend, Anthony Hamilton, Sharon Jones and the Dap Kings, to name a few. Additionally, Bernie Mac and Samuel L. Jackson make multiple appearances on the album, the contents of which are a mix of new material and remade soul classics. Enter Chris Pierce and Leela James to cover the 1960s UK hit "Private Number," originally recorded by William Bell and Judy Clay. This remake of "Private Number" is wholly authentic to the legendary soul sound at the center of the film's story, no doubt benefiting immeasurably from the soundtrack's producing label, legendary Stax Records.

Chris Pierce is a more comfortable fit here than Leela James,
whose gravelly, boisterous voice is held back a bit but not enough
to discount her performance; however, her insuppressible and unique
sound is still enjoyable as it struggles against the meticulously
truthful remake. The effective blend of Pierce and James is interesting
enough to warrant at least one more listen and piques a greater
interest in the entire album, which will be released November 4th. To
hear to the audio of this cover click here (warning: opens with in Windows Media Player). Listen to the original below. [AB/STX]