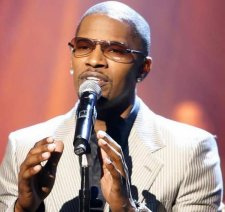 Just the other day, we hipped you to the fact that Academy Award winner Jamie Foxx has a new album on deck entitled Man's Intuition, due for release December 16th. The lead single, "Just Like Me," was released to radio this week and I must say, after a few listens, it's grown on me. Like, a lot. The track is co-produced by The Dream and Tricky Stewart, and features Foxx and my new favorite rapper T.I. owning up to the fact that they may have in fact met their matches--women who are just like them, "all up in the club, poppin' lots of bub." Nice. I really can't wait to see what they come up with when it's time to work around T.I.'s jail sentence make the video. Seriously, though, if urban radio's infatuation with The Dream is any indication, this one is destined to get lots of airplay. Which, for a change, wouldn't be such a bad thing. But that's just me. Check it out and let us know what you think.