Maxwell & Swizz Beatz? It Could Happen 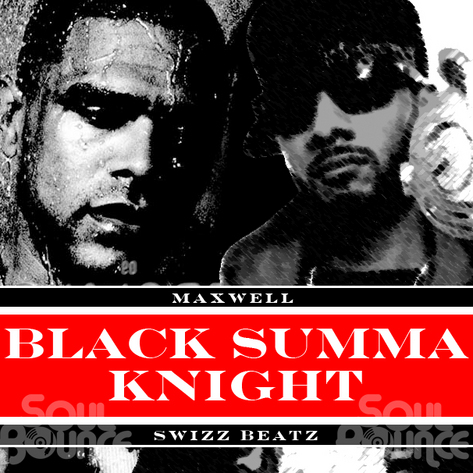 Now we will accept the arduous task of constructing Maxwell's first entry into his Black Summers Night trilogy from some recent insights into the Man of Mystery. For the past several years, Maxwell has been "kickin' it" and cutting his hair while the music industry has gone to poo creatively and financially, and young shirtless dancers with recording contracts have been allowed to run amuck. But when you think of that one true maestro that can make the unmentionables melt away in the same fashion as Marvin and Luther, and sell-out a show within minutes, we're pretty sure you aren't thinking of someone that just got his driver's license. Welcome home, Maxwell. But we need to discuss this wacky (or possibly brilliant) idea you have to work with Swizz Beatz.

To his credit, Maxwell isn't known for working with a great deal of extra artists and producers, which has kept his art unfooledaround with. His most notable collaborations are the R. Kelly-produced "Fortunate" and his guestspot on Nas's "No One Else In the Room". But he's going all out for his big return. Let's do a rundown of some of the names that have been dropped:

We have until (maybe) February of next year to hear what Maxwell pulls out of his bag o' tricks. I'm sure it will be quality, no matter what off-the-wall choices he makes. But since he's been known to come across this site, I have to ask: "Swizz Beatz? Really, Maxwell? REALLY?"

A Rejuventated Maxwell Returns After 7-Year Break [Y!]
To The Maxwell [NYP]