Obama Is the Man for Maysa 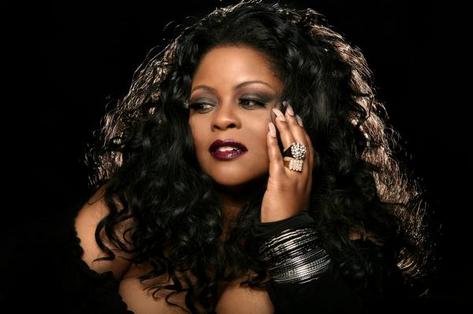 I don't know about anyone else, but I simply love this wellspring of creativity that has erupted amongst musicians in support of Barack Obama. The man ignites something in so many of us and has inspired everyone from hip hop heads to soul singers to rockstars in support of "that one." The latest artist to lend her voice to the cause for change is Baltimore-based, internationally-known songstress Maysa, of Incognito fame. The song "I Need A Man," from her upcoming seventh album Metamorphosis, isn't about pining away for the comfort of a man, but its about the need for strong family structures in our communities. Her approach isn't as in-your-face as Bill Cosby, but the sentiment is the same and builds off of an Obama campaign speech that kicks off the track. Maysa's sultry vocals almost bely the message in the music, but this isn't your typical love song. She implores men to stand up and take responsibility for their families. I applaud her for going there, and I'm also giving her a standing "O" for making this song available for free download.