Will the ‘Cadillac Records’ Soundtrack Be a Thrill Ride or Run Out of Gas? 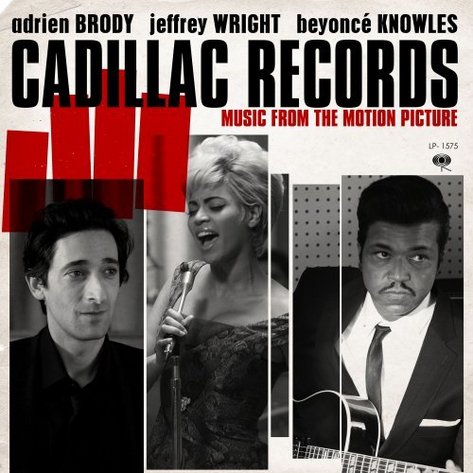 Earlier this week the cover to the soundtrack for Cadillac Records hit the net featuring stars Adrian Brody, Beyoncé and Jeffrey Wright in character. I'll reserve judgment on Beyoncé as Etta James looking simply like Beyoncé in a short blonde wig until I see her performance on film, but I got a feeling. Nonetheless, what really caught my attention about this soundtrack was the tracklisting. As expected, Mrs. Knowles-Carter is a prominent fixture with three songs alongside two tracks from her co-star Mos Def. However, Bey and Black Dante aren't the only stars of the movie to be found singing remakes on the album. Wright, who plays Muddy Waters in the flick, has two songs to his credit listed, which makes my side eye step in the name of love because although he's one of my favorite actors, I've never known him to carry a tune. We'll get to find out if the Cadillac Records soundtrack is worth the gas money when regular and deluxe editions are released on December 2nd, with the film hitting theaters Friday of that week. Check the tracklist for more surprises after the bounce.