5 Ways That Janet Jackson Can Get ‘Control’ Again 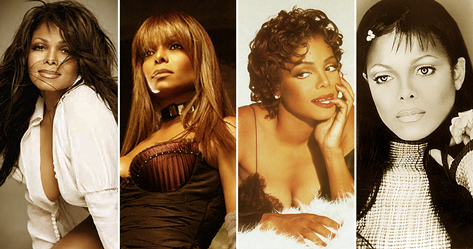 Le sigh. Janet Jackson is having the worst year imaginable. From having boyfriend Jermaine Dupri throwing up on her lap after drinking Jay-Z's specialty booze to having to live down an older brother who constantly invents reunion tours out of thin air...it's clearly been a rough escapade for Miss Jackson. To make it worse, Janet has quietly announced a few weeks ago that she has canceled all upcoming (and rescheduled) dates on her RockWitChu Tour. Presently, Janet fans are having a difficult time. It's tough explaining the wayward career actions the singer has taken over the course of five years to their fellow peers. (Once I spent 30 minutes explaining to my Dad on the phone why Discipline flopped...I'm dedicated like that.) Maybe it's time we can figure out ways to help her get back to the basics. Here are my suggestions, may Janet take these into consideration...

1. Ditch JD and bring back Jam & Lewis
Jermaine Dupri is a good producer, but he didn't do jack diddle for Janet musically. When Janet recruited Jermaine (and started dating him) in 2004, Jermaine became Janet's personal kryptonite as almost everything he touched, turned into mush on the charts. While a handful of JD tracks were worthy of hit status, it really bruised Janet fans when Jam & Lewis were "cast aside" for 2008's Discipline. Even though it seems kind of old hat to recruit Jam & Lewis these days, but maybe if Janet just gave them a ring and put JD in the doghouse for awhile, something cool will be resurrected.
2. The Four-Year Album Release Gap
Janet usually put out albums every four years and has followed this pattern since 1986's Control. In 2006, she seemed to break tradition when she released 20 Y.O and it had only been a brief and low selling two years since Damita Jo...then in 2008, two years after 20 Y.O. we got Discipline, the pattern continued and heads went spinning. Janet probably needs to pace herself and actually take the time to put together something that can latch on with a waning public (i.e. The Velvet Rope).
3. Seek a record label that is NOT notorious for bad single choices
When Janet signed to Island Def Jam in 2007, it was sort of a big mistake as the label did a shoddy job of promoting Discipline. Just ask Mariah Carey, whose E=MC2 was a ball of messy promotion and single releases this year as well. As Janet has parted ways with Island Def Jam at present, might I suggest she find a record label that will take into consideration that an album is not to be toyed with, but actually posses a single worthy of a sales choice? I had a friend tell me that it takes two to three hit singles to make folks buy the album like hot cakes, no matter how crappy the album as a whole is. True that. So Janet seek out a record label that will properly promote and distribute your next record.
4. Give Michael a call...two can make it out of sight
Before anyone dubs me Jermaine Jackson, think about the option of Janet and brother, Michael Jackson going on tour together. Seriously. All they need to do is record a duet together, make an obscenely expensive video and then go on the road as a two-for-one deal. Ticket sales would be, ahem, "off the wall." Okay, fat chance, but it's not bad to dream.
5. Know that Hip-Hop is NOT the savior of R&B
This isn't entirely Janet's fault, but it's a rut that alot of R&B artists and their producers have fallen into. Janet should embrace her "Black Cat" days or even tackle what "Throb" and "Someone To Call My Lover" was. She doesn't need to do a Tina Turner, but maybe give some other genres a chance to spice up her R&B formula.

Originally posted at Adventures of An Audio Diva