Obama Inauguration To Be A Star-Studded (Pop) Event? 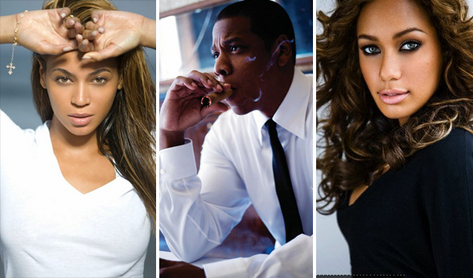 Remember last week when we asked who should perform at Barack Obama's inauguration and we (along with our commenters) kicked around names like Stevie Wonder, Jill Scott, Seal and Alicia Keys? Ha! The jokes on us if recent rumors are to be believed. How would you feel about Beyoncé, Jay-Z, Leona Lewis and Diddy? If you're anything like me you're thinking "Hmm, I didn't know a 12-year-old was being sworn in." No offense to the artists mentioned (Mary J. is somewhere in there, too), but does this really need to become the AMAs? Ultimately, it doesn't really matter who performs (his win is historic enough) but the mere suggestion of this makes me die inside. It's like high school all over again. [NYDN]