Home Sh*t or Shinola?, The Interwebs

Obama Not Pro-Hip Hop? We Beg To Differ. 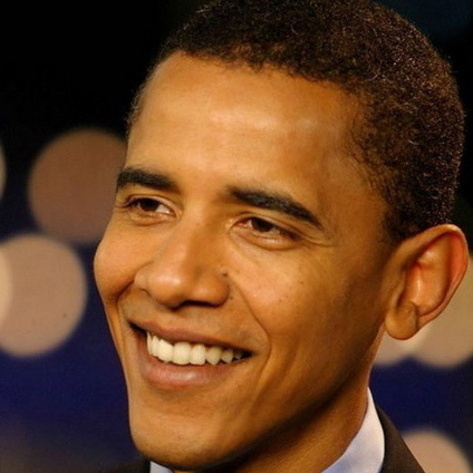 Yesterday on XXL's blog, an item was posted entitled "Barack Obama Still Gots No Love For Hip-Hop?" In it, blogger Ron Mexico makes the case that Obama served some of Hip Hop's elite the ultimate dis by not allowing them a close and personal meeting with the now 44th President of The United States. The issue, per the author, is that Obama's people's refusal to allow Jay-Z and Diddy a chance to congratulate the President-elect reeked of ingratitude from the Hip Hop community, a community for whom songs inspired by Obama are still being produced on a daily basis, maybe even now more than ever.

But let's be real and think about this like rational beings. Was this really a dis?

Using Jesse Jackson and Oprah Winfrey as examples of people who were in attendance at Grant Park for Obama's victory speech, the argument is made that if they could be in attendance, then why couldn't Jay-Z and Diddy at least shake the man's hand to congratulate him?

For starters, Jesse Jackson, creepy testicle reference notwithstanding, once ran for the very position that Obama now holds. Oprah Winfrey, queen of all media, raised countless of dollars and campaigned for Obama. They are, good or bad, cultural icons that span generations. Jay-Z and Diddy? Not so much. Secondly, the author writes,

I see how it is. Rapsters can campaign for a [Obama], but they can't sit at the celebration table. I'll remember that next time I throw my endorsement behind a candidate in the future. I don't know about Diddy and Puffy, but I'll be the nigga making a scene at the door like Keyshia Cole's moms.

And herein lies the problem. This is not 125th Street on a Friday night after Showtime At The Apollo let out. This is not the time for stepping up with your boo to a hand-painted backdrop to pose for a $10 Polaroid. What happened on Tuesday resonated from Japan to Jakarta, from Boise to Brazil. Maybe Obama's spokespeople just wanted to ensure that brotherman was able to finally spend time with his wife and daughters whom he had been largely separated from for the past two years. Maybe the orders were to "protect the sleep" instead of "protecting the sexy." It's time to step up to the plate, people. And that plate's name is "class." Let's all remember what it is like how our mothers (except Keyshia Cole's) taught us and be give ourselves and others the respect that we deserve.