Q-Tip Doesn’t Usher In A ‘Renaissance,’ But It’s Still Worthwhile 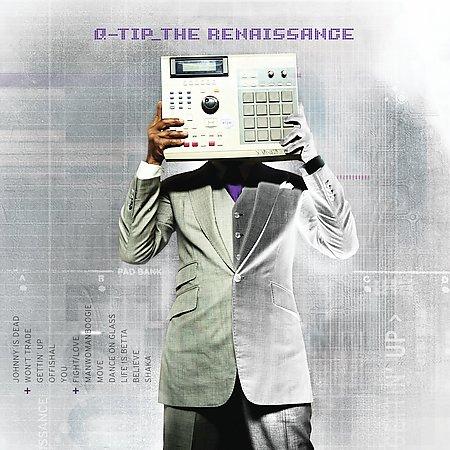 Q-Tip's The Renaissiance, if you're a reader of this website, is likely something you already own or something that you're looking to acquire. Consisting of tracks that can imbue a lounge-type atmosphere, this album seeks to slow things down long enough for you to do something you may not have done since the days of A Tribe Called Quest: listen to the lyrics.

Similar in sound to his previously released Kamaal The Abstract, Q-Tip can certainly say without hesitation that he has amassed some great musician friends who did their best to add to the overall direction of this album. Norah Jones, D'Angelo, and Amanda Diva all appear on separate songs on the album, but it is his track with Raphael Saadiq that is perhaps the best collaboration. "We Fight/Love" works so well not because Saadiq is the closest this generation of musicians actually has to a renaissance man (note musical progression from Instant Vintage to The Way I See It), but because they both are able to coexist in the same space without imposing on the other.

Regarding the remainder of the album, the released singles "Gettin' Up" and "Move" are two standouts which do sound more like Pop music than the rest of the album. As far as the songs sans collaborators, Q-Tip sticks to the midtempo grooves that he seems to feel most comfortable with. From these tracks, a couple of personal favorites include "Shaka" and "Won't Trade," which seem to fit into the vein of ATCQ's Midnight Marauders, and "You," a song that reveals a more intimate side of Tip about the trials of a relationship.
Will this album change your life? No, it won't. But is it a good addition to your collection? Undoubtedly. It's easy and unassuming and would fit nicely into a small gathering of friends over drinks or as the background music for a party just for two. It's for those who are grown, and if you play you're cards right, could usher in some sexy. It's not a groundbreaking record, but completely worth its sonic weight in beats and style.
Q-Tip: "Won't Trade" (snippet)
Q-Tip feat. Raphael Saadiq: "We Fight/Love" (snippet)